We are working to reduce direct and indirect CO2 emissions attributable to our refineries, complexes, and plants. Staff at
our main manufacturing sites hold monthly meetings to monitor progress in energy conservation activities while sharing
best practices in a way that transcends departmental boundaries.

Start of commercial operations of a highly efficient naphtha cracker

We installed a highly efficient naphtha cracker in the Tokuyama Complex and began commercial operations in February 2021. The highly efficient naphtha cracker enhances heating efficiency and ethylene yield by thermally cracking raw material naphtha in a shorter amount of time. As a result, we achieve about a 30% energy conservation effect compared to ethylene production using conventional crackers, contributing to about a 16,000-ton reduction of CO2 for the year.
Naphtha is a petroleum product also referred to as natural gasoline. Thermally cracking naphtha produces ethylene, propylene, and other basic raw materials for petrochemicals.
At the Tokuyama Complex, we produce around 620,000 tons of ethylene per year that is provided mainly to the Shunan Complex in Shunan City, Yamaguchi Prefecture. The complex’s previous two oldstyle naphtha crackers used to produce ethylene have been replaced with a single new highly efficient naphtha cracker. 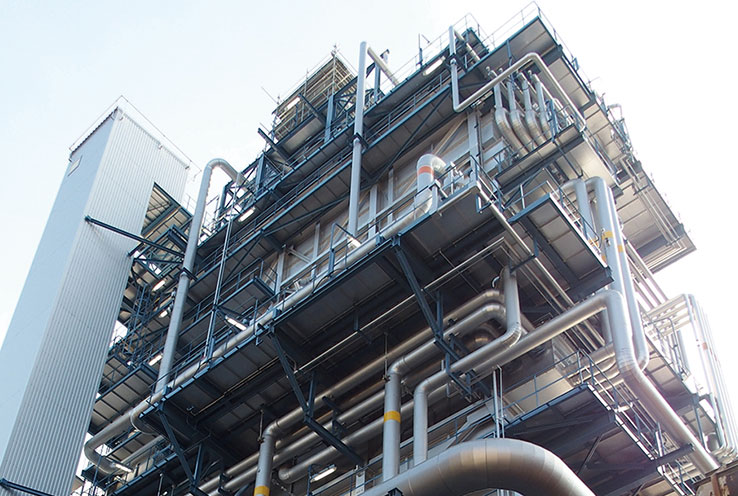 Expanded Use of Electric Power Generated by Renewable Energy

At 17 oil depots in Japan, we decided to use CO2-free electric power (contract electric power 3,732kW) provided by
the Group’s Idemitsu Green Power K.K. from fiscal 2020.

Group company Idemitsu Snorre Oil Development Co., Ltd. has received permission from the Norwegian government for its development project to install floating offshore wind power turbines at the Snorre Oilfield, in which it owns a stake, through its local subsidiary Idemitsu Petroleum Norge AS. Aiming to start operations at the end of 2022, the company initiated construction of the floating offshore wind power equipment in October 2020 and completed construction of the spars, the sections that sit in the ocean. Plans call for assembling it in the Gulen municipality of western Norway, and then installing it offshore. The world’s first project of its kind, this development project is aimed at establishing a large-scale offshore wind farm (the Hywind Tampen floating wind farm) approximately 200 kilometers off the coast of Bergen City, the western part of Norway, and directly feeding its output to oil and gas production facilities. The completed wind farm will consist of 11 turbines, each with a rated power output of 8,000 kW, or a combined total of 88,000 kW. 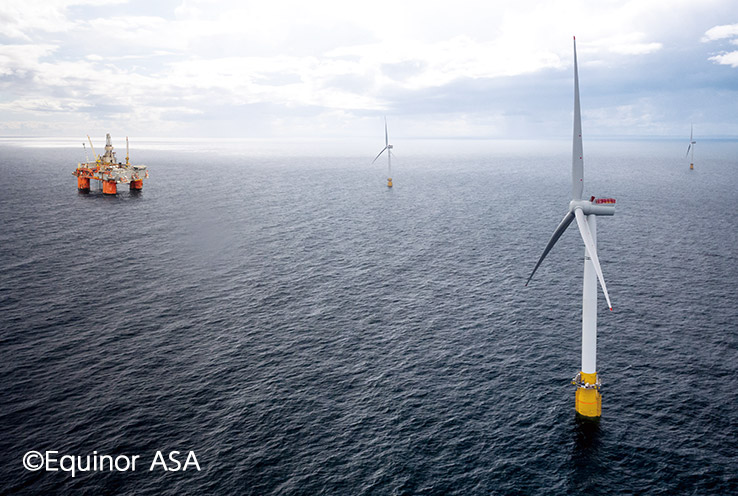