In the event of a fire or explosion, first-response firefighting and containment measures are extremely important to minimize harm within the effected refinery or complex, as well as external damage. As such, we focus efforts on training disaster prevention personnel. We believe that ongoing, repeated practical drilling (based on the fundamentals of firefighting theory) is crucial. For example, participants learn the basics of disaster prevention in lectures and practice handling actual equipment and extending fire hoses according to response plans. In particular, the Hokkaido Refinery, Chiba Complex, and Aichi Complex conduct firefighting training with real fire in training facilities. 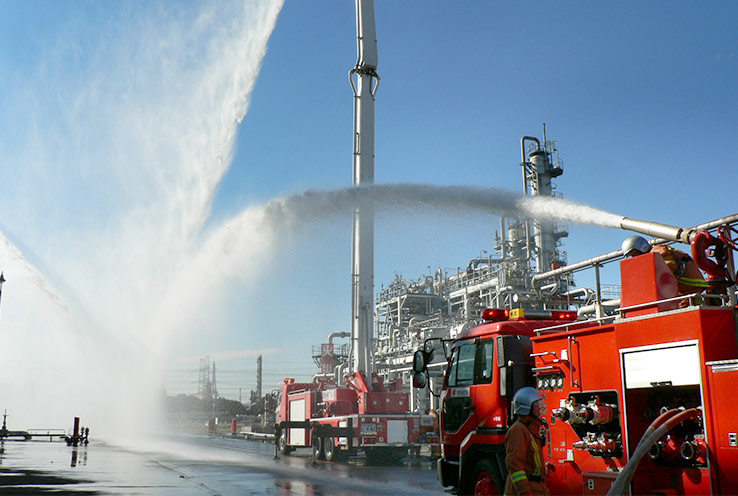 On September 20, 2019, Aichi Refinery (currently Aichi Complex) conducted an emergency pier undocking drill for Apollo Energy, a large tanker owned by Idemitsu which had arrived at Isewan Sea Berth. This drill was intended to find out how to cope with a massive tsunami after a colossal Nankai Trough earthquake, and officials from the Fourth Regional Coast Guard Headquarters and the Nagoya Coast Guard Office visited the site to inspect the drill. Usually, three tugboats help a large tanker to leave the berth, but in this drill, which assumed the occurrence of an emergency, our team attempted to let the tanker leave the berth and sail by itself as two tugboats assisted. The exercise was completed in 15 minutes, five minutes less than expected in the drill procedures. 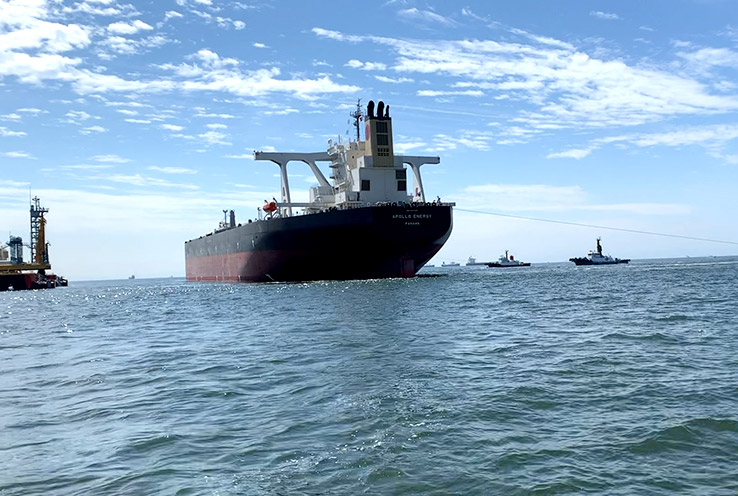 On June 5 and 6, 2019, in accordance with the Act on the Prevention of Disasters in Petroleum Industrial Complexes and Other Petroleum Facilities, 70 people from six member companies of Chukyo District Wide-Area Joint Disaster Risk Reduction Council and its seven partner companies joined the water spray drill held at the Aichi Refinery (currently Aichi Complex). This drill provided an opportunity for experienced members to impart the knowledge and skills they had acquired to younger members, thus creating a keener awareness of disaster prevention across generations. 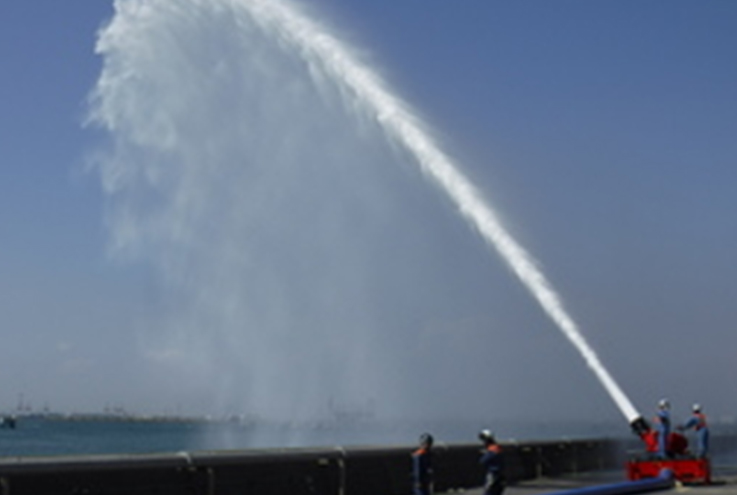