Our Hanoi Office in Vietnam has supported Japanese language classes at Tohoan Junior High School in Hanoi since 2015. About 550 students of all the 1,000 students in the school study Japanese as a second foreign language. On April 22, 2019. the school held a ceremony for the completion of studying Japanese language. The Hanoi Office gave a commemorative gift to the 50 top students with good results. After the ceremony they toured the Idemitsu Q8 Petroleum SS that opened in 2017. They saw the staff’s Japanese style customer services at the clean service station, including car window cleaning service, with which drivers at the station looked satisfied. Some students commented by saying “I felt the staff’s hospitality through their hard work." and "I like the way Japanese people work."
The support for learning Japanese language received high acclaim from the Japanese Language Center of Hanoi's Bureau of Education and Training. In 2019, a joint Japanese language contest was organized by 11 schools, including Tohoan Junior High School. 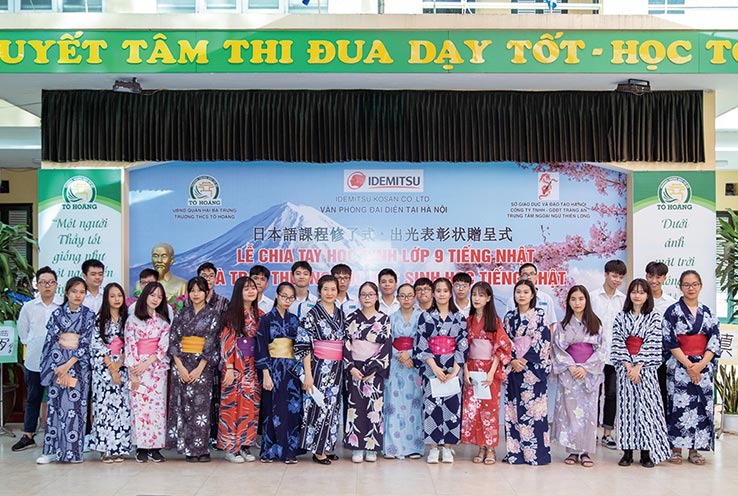 Idemitsu Australia Resources Pty Ltd. (based in Brisbane), which is one of the coal business bases, is working to promote initiatives that could contribute to solving social problems in the community from a long-term perspective under the following four policies by the management level.

To lower the high unemployment rate among Aboriginal women and help realize quality of life improvements for the community over the long-term, IAR sponsors a youth training program that offers guidance to local female students through the cultural exchange. 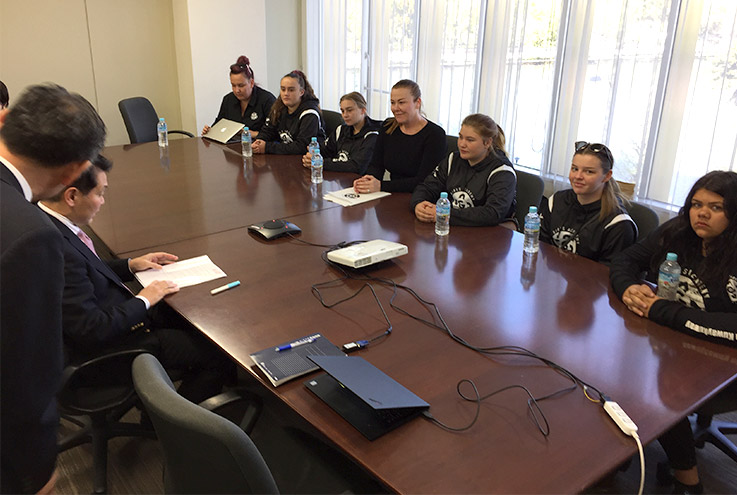 Investment in the West Pack Rescue Helicopters and Community Hospitals
IAR helps support improvements in emergency medical care in rural areas as well as better community hospitals.
Hands-on Agricultural Learning Program
To support local high schools, IAR has opened a portion of its landholdings scheduled for future development for use in hands-on agricultural programs that teach livestock grazing, growing crops, and land management (such as maintaining fences). Through these initiatives, IAR is striving to promote better communication with the community.

Over the long-term going forward, IAR will continue to support initiatives that could contribute to maintaining local population levels and creating richer communities.

Supporting the Munch Museum in Norway

In Norway, which is one base for our petroleum upstream business, Idemitsu Petroleum Norge (based in Oslo) has been a sponsor of the Munch Museum, which is owned by the municipality of Oslo.
The support efforts began in 1991 with a donation to help fund the expansion of the museum. In the 2000s, the company supported restoration work being carried out on the famous artworks, "The Scream" and "Madonna," which were stolen and then recovered with damage.
The works of Edvard Munch are among Norway’s national treasures, and Idemitsu's support for the Munch Museum is well-known as being among the longest-standing corporate sponsorship of the arts in the country. The Munch Museum is scheduled to move from Toyen, Oslo to the waterfront area of the city in 2020 to be open as a new museum while we have decided to continue its sponsorship.
In addition, as part of the activities of the Japan-Norway Society (Oslo), a private friendship organization between the peoples of Japan and Norway, Idemitsu actively contributes to the friendship and goodwill of the peoples of both countries. For example, Idemitsu regularly guides tours of the Munch Museum. 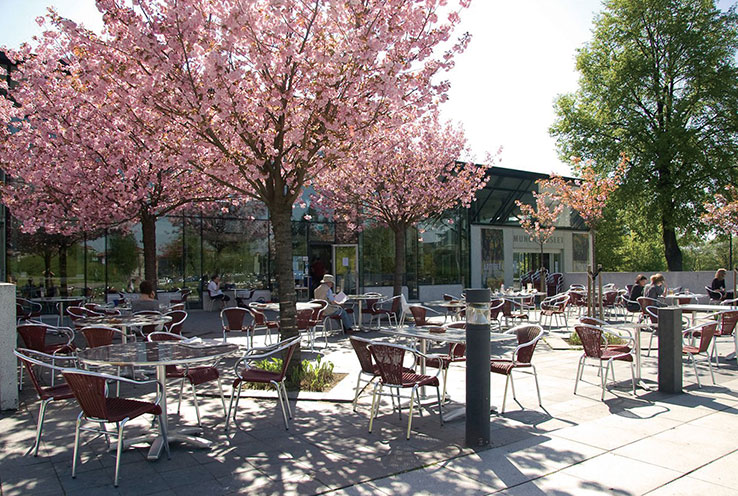