In 2004, P.T. Idemitsu Lube Techno Indonesia was founded to produce and market lubricants in Indonesia. On the island of Sumatra, the company is working with a local NGO (Orangutan Information Centre) to rejuvenate forests that are at risk of destruction.

The Leuser Ecosystem, which is a world heritage site centered on Leuser, North Sumatra Province, is one of South Asia’s most precious forests, spanning over 2.6 million ha and providing a habitat for orangutans, tigers, Sumatran rhinos, elephants, and other wildlife. However, due to its mineral reserves, the forest is in crisis because of forest destruction from roadworks, large-scale mining operations, palm oil plantations, and other development. Thus, with a portion of profit from the sale of fuel-efficient motor oil 0W-20 for gasoline engines as funds for planting, we have been planting trees in a 7 ha area of forest to return the area to its original forested state since May 2017. From 2021, we plan to plant 10,000 mangrove saplings on the northern coast of the island of Java.

Through this initiative, the company contributes to reducing environmental impact while supporting activities that directly protect the natural environment. 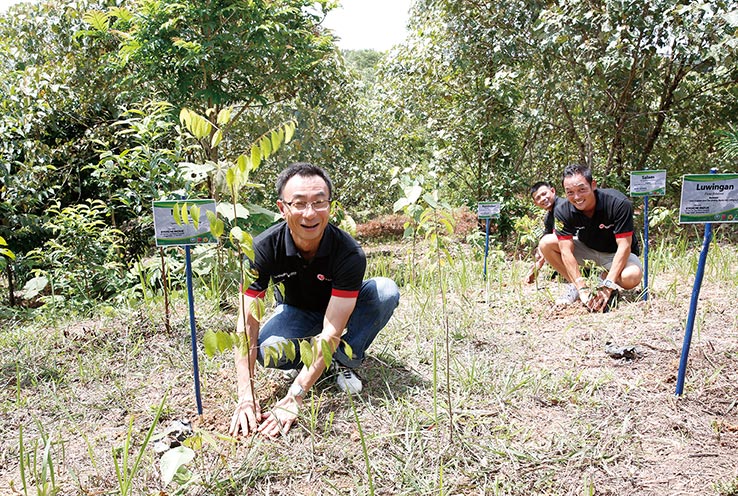