The "Hokkaido Idemitsu Children's Art Contest" held by Hokkaido Idemitsu-kai* marked its tenth anniversary in FY2018. The contest has received acclaim from both visitors to the exhibitions of the winning works and the participating educational institutions, including schools and childcare centers. The total number of entries increased significantly from 1,451 in the first year to 8,564 in FY2018. After the works have been judged, a poster is made featuring the top selections and displayed at Idemitsu service stations within Hokkaido and an exhibition tour is held around Hokkaido. In FY2018, we simultaneously held an exhibition of the 86 winning works and special exhibitions displaying some works selected from entries in the exhibition area, in seven locations starting in Obihiro, then going on to Asahikawa, Kushiro, Hakodate, Muroran, Sapporo, and Kitami.
* Idemitsu-kai: Organization of owners of retail outlets 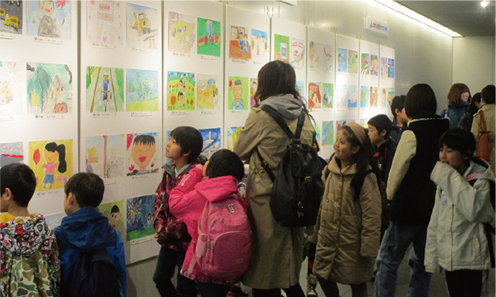 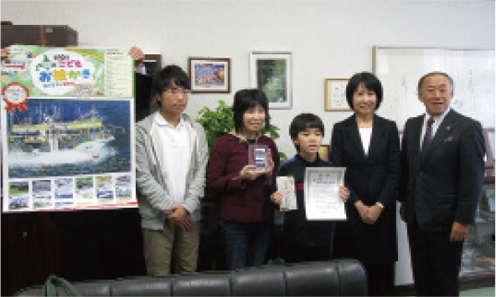